Is Zoom really different from its competitors? Zoom’s CFO responds

On June 8, 2020, CNBC’s Squawk Box interviewed Zoom CFO Kelly Steckelberg on how Zoom differentiates itself from its competition.

When asked how Zoom sets itself apart from other video conferencing products in the market (Google Meet, Microsoft Teams, and Facebook Rooms), Steckelberg touted her platform’s ease of use and reliability. “As you have seen during this period of time — where we grew from 10 million daily participants in December all the way up to 300 million daily participants in April — is the security and the reliability of our platform. As those users continued to increase, we were able to support that, and I think that’s really key.”

“People want to know that when they come to their platform, it’s going to be there for them, and that it’s so simple for them to use,” she continued. “I heard last week anecdotal stories of 6-year-olds using it for school all the way up to 80-year-olds using it to keep connected with their families, and that’s exactly what our product does every single day.”

As the world prepares to resume operations coming out of the Coronavirus outbreak, the question on the minds of many is this: how much will video conferencing continue to be a part of our everyday lives?

“I think that what we’ve seen during this time was really an accelerant for video communications. We’ve integrated into aspects of your life, and that’s perfect because what that does is allows you to keep connected when you can’t be with someone in person,” Steckelberg said.

“We’ve also seen a transition for enterprises as well…I think it’s going to be some time before we go back to a place where everyone is meeting back the way they used to together. And maybe it’s never going to be the same, meaning that not everybody wants to get on a plane again and fly around the globe to come together for a conference.”

Steckelberg pointed out how virtual events can be more efficient and more effective than they were when held in person. She said that some Zoom customers “got twice as many leads this year as they did compared to last year.”

Looking into the future of Zoom and virtual meetings as the world approaches a “new normal,” Steckelberg concluded, “I think we’re going to move to a new world where we have a combined approach, and people have just seen how effective video communications can be as part of their communication strategy going forward.” 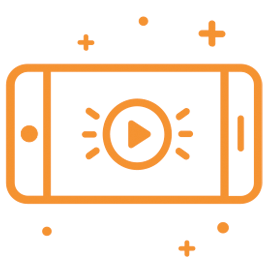